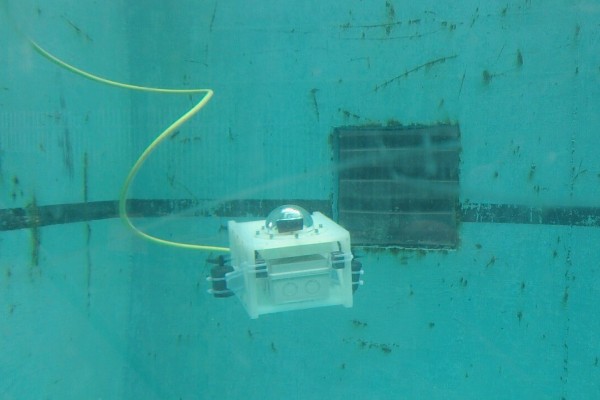 Sam Groome is an apprentice at an ROV manufacturer and a college student finishing his HND in electrical/electronic engineering. He has a dream: an underwater Raspberry Pi-powered remote controlled vehicle. The ROV is tethered to the surface via a cable and signals are sent down it to a Raspberry Pi which controls the motors. Video from a camera controlled by an ODROID C1 board (this may change now that the beefier Pi 2 is available) is sent back up the tether.

In order to take the project further, Sam is looking for funding via the website gofundme.com. This will give him the money he needs to run further tests on the ROV and develop it into a fully-working system capable of going to depths of up to 300m. He is working on upgrading the motors to allow the ROV to strafe in the water and to reduce the size of the tether, giving the vehicle more manoeuvrability.

So, if you’re feeling generous and believe that a Raspberry Pi underwater vehicle is just one of the coolest things ever, head over to gofundme.com and donate. I’ve wanted to see this happen for a while, and I’m definitely going to!