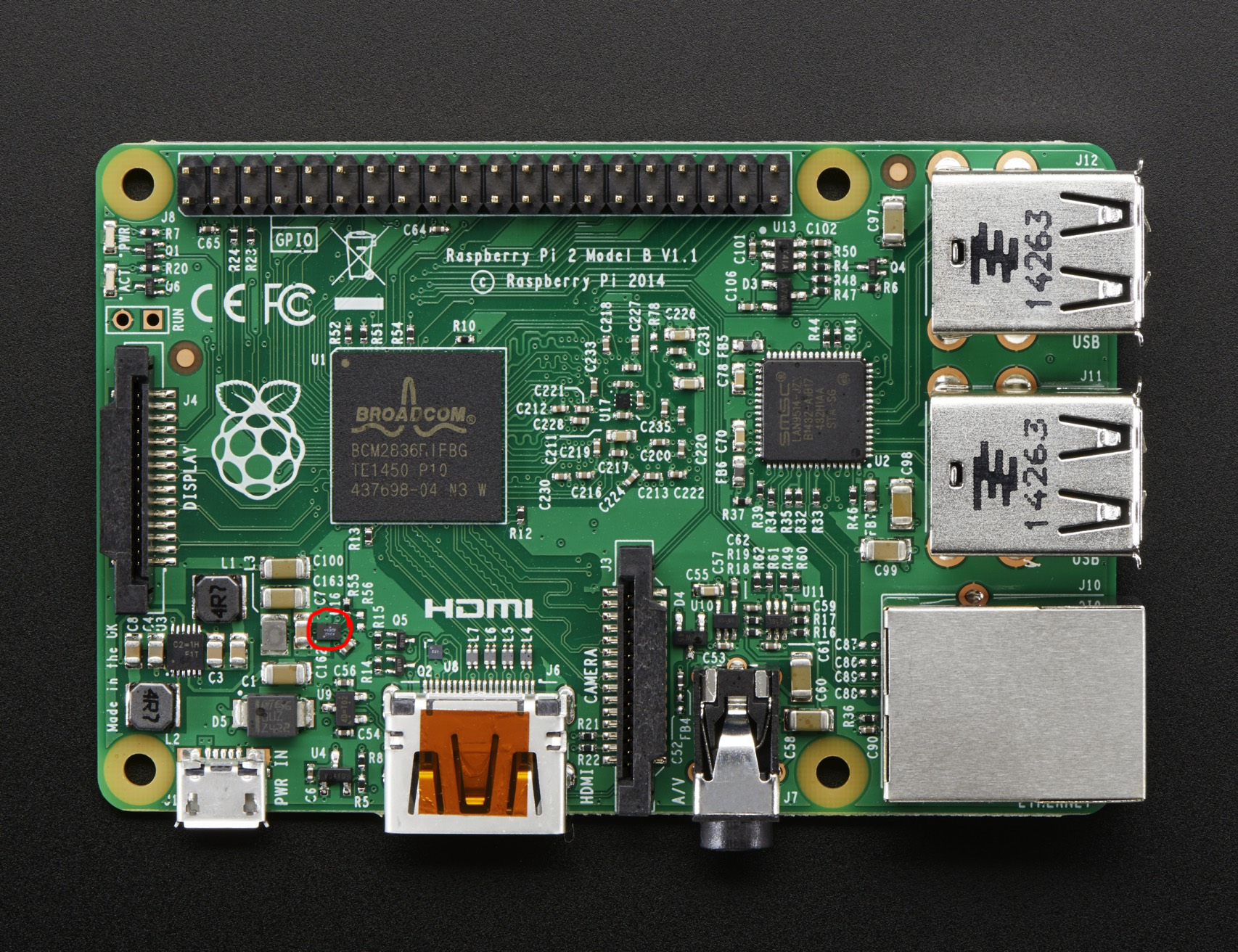 This is perhaps the ultimate in non-issues, but it’s worth being aware of all the same.

Peter Onion has found a slight flaw in the Raspberry Pi 2. One of the chips onboard (not the main processor, one of the little ones – shown as a red circle in the image above) causes a crash or reset of the Pi if it gets exposed to a Xenon-powered flash.

The problem can be solved by sticking some electrical tape or blu-tack over the chip while you take the photograph. Or just don’t take the photograph with the Pi turned on. Or use natural light. Really, there are plenty of ways around this, hence why I call it a non-issue. Big thanks and props to Peter for finding it, though 🙂