On Saturday, I attended the Southend Raspberry Jam. It was great fun and it was nice to meet new people as well as bump into some familiar faces. The guys at Southend-on-Sea Linux User Group did a great job of organising all the talks and the central room where there was lots of show-and-tell. Nice to see a good amount of youngsters getting stuck in with Minecraft and especially Sonic Pi v2. 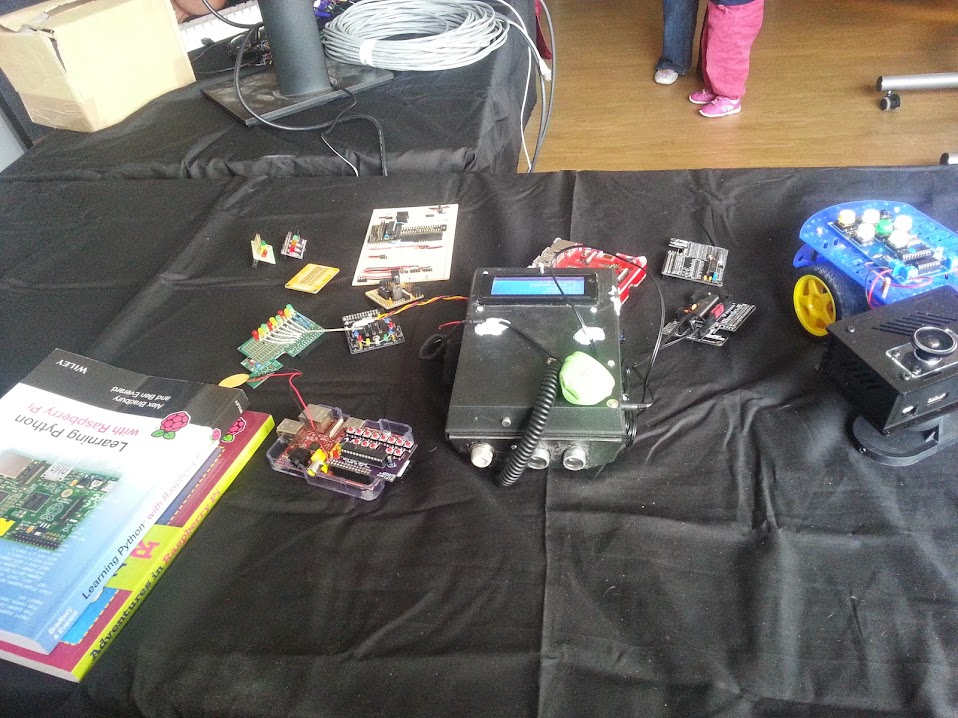 You can see lots of things here – my Picorder is in the middle (I really ought to do a proper case for it now it’s finished!), Zach Igielman’s PiPiano board (it’s the one with all the red buttons – coming soon to Kickstarter), a few RasPiO boards and, of course, Ryan Walmsley’s TurtlTeck (which is a standalone robotics product currently running on Kickstarter).

I think my Project of the Jam was Peter Onion‘s huge LED matrix display. 4 LED matrices all connected together (and to the Pi) and at one stage running an implementation of Conway’s Game of Life, written in C. (Wish I’d got a video! I couldn’t stop watching it!).

Photo courtesy of The Average Man

For a pictorial guide to the Southend Jam, check out the Average Man’s blog post about the event.