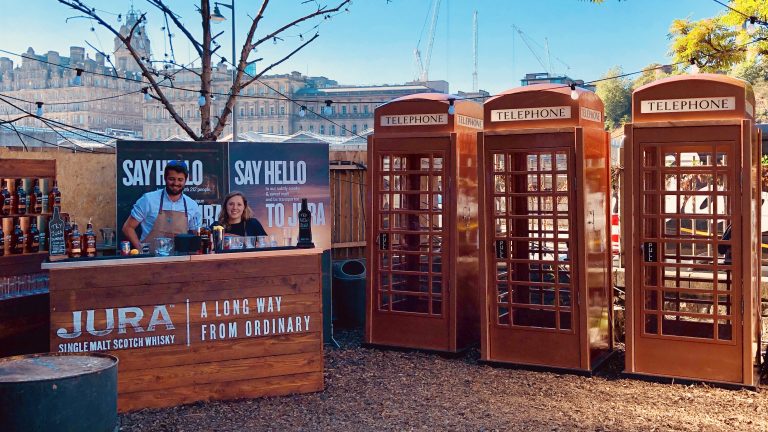 Grant Gibson from Glasgow-based Bright Signals was contracted by the Jura whisky distillery to build some phone boxes which would allow people in far-flung areas of the country to listen to voices from the Jura island, as well as hear from the brewery and sample some of their produce. This elaborate marketing scheme is powered by a Raspberry Pi which handles the ringing of the telephone, the IVR-style menus (you know the sort: press 1 for… press 2 for…) and the user interface which was displayed on a Pimoroni Display-o-tron LCD.

You can read about the build here and you can see a time-lapse of the build below: