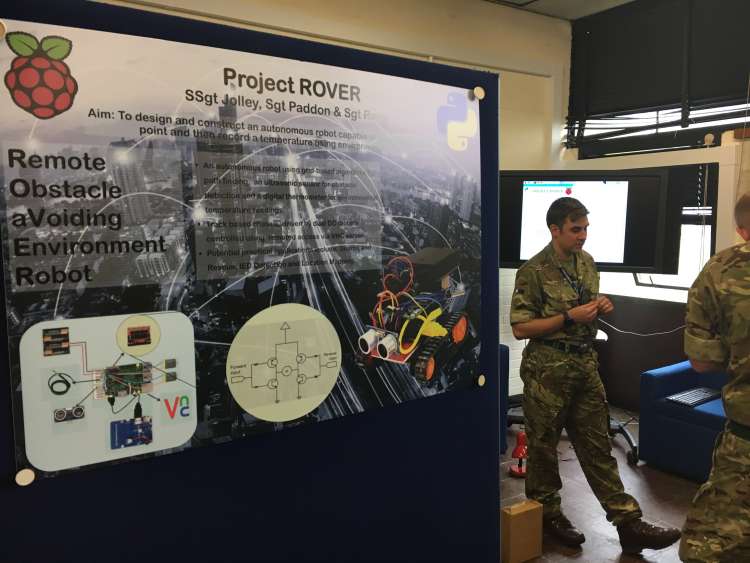 During a Foreman of Signals course, three soldiers from Dorset have created an autonomous robot capable of avoiding obstacles. The end-game of the idea, called Project ROVER is to create an autonomous bomb-disposal machine. Staff Sergeant Jolley, Sergeant Rana and Sergeant Paddon were set the task of creating a machine to go from point A to point B, take a temperature reading and transmit it back to a remote computer. To do this, they used a Raspberry Pi on a tracked chassis bed and programmed it to not only carry out the challenge but also to avoid obstacles encountered along the way. You can read more and see video of the robot in action over at Forces Radio BFBS.