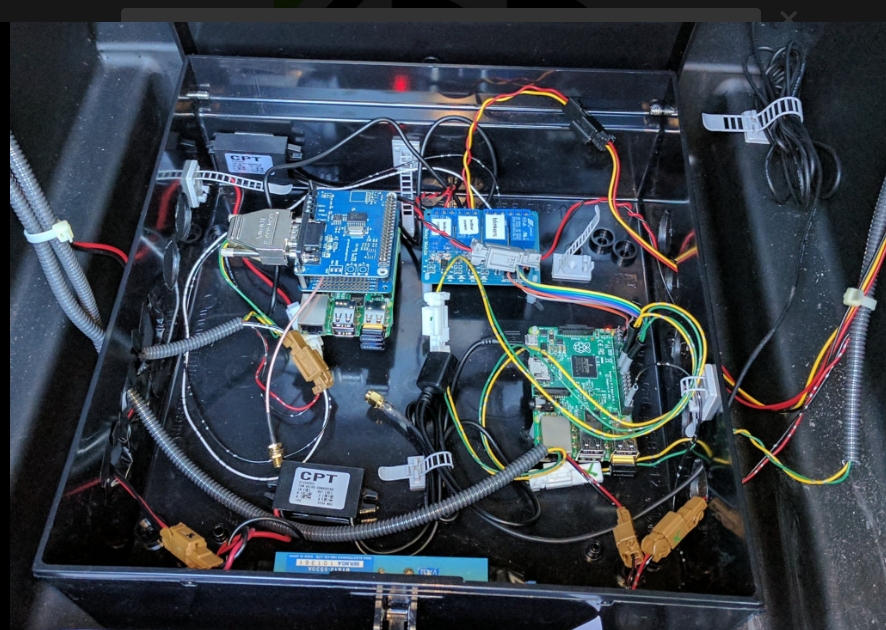 French car manufacturer Renault are to launch an open source car platform called POM (based on Twizy), it was announced at CES last week. What seems to have slipped under the radar is that there are two Raspberry Pis on board! Businessman and author Chris Anderson was lucky enough to get a glimpse of the internals of the car and took the photo above, tweeting it later. They appear to be Pi 2s (because they’ve got wifi dongles, I’m making that leap in logic) and are using Sukkin Pang’s CAN-bus HATs, which are designed and manufactured in the UK, to talk to, I assume, the engine and onboard diagnostics. Read more about POM here.

Whether or not they continue to use the Pi beyond the prototype stage is open to debate, as is the suitability for using the Pi in any real-time application. Very interesting industrial use, though!