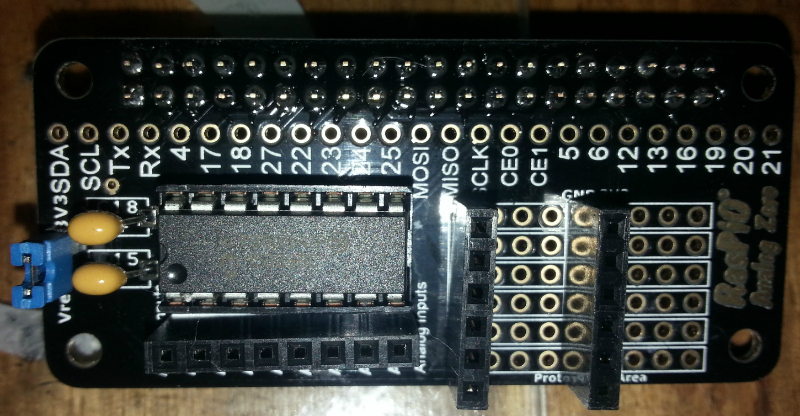 Today has been all about trying new things. I tried out a great UPS board from Germany and then moved on to a new board from Alex Eames over at RasPiO.

The Analog Zero is a Pi Zero-sized board that will work with any 40-pin Raspberry Pi. It comes as a kit, to be soldered together. It’s easy enough soldering, even for a beginner with a steady hand. The central part of the kit is an MCP3008 analog to digital converter chip which pushes into a socket that you solder on. The MCP3008 gives you eight analog inputs to use.

So, what can you do with an analog to digital converter? You can use analog inputs and read them on the Raspberry Pi. Analog inputs include potentiometers, gas sensors, temperature sensors… in fact, an awful lot of sensors! As you probably know, one of my pet projects is the Picorder – a box full of sensors. It uses the same MCP3008 chip as the Analog Zero. So, I took some sensors (a soil moisture sensor and a pulse sensor) out of that project and added a new potentiometer and hooked them up with jumper wires.

I then wrote a simple script using GPIO Zero (which has in-built support for a variety of analog-to-digital converters) to read the inputs. To my delight, it just worked! I got readings from 0 to 1 for both sensors and the potentiometer.

So, you might guess by now that I think a lot of the Analog Zero. It makes reading analog sensors a piece of cake!

How can you get hold of one? Well, I’ve spoken to Alex and you can expect to hear news concerning availability in the next 2-3 weeks. I’ll let you know as soon as I know how to get hold of the board. Until then, feast your eyes on my test set-up, complete with messy table! 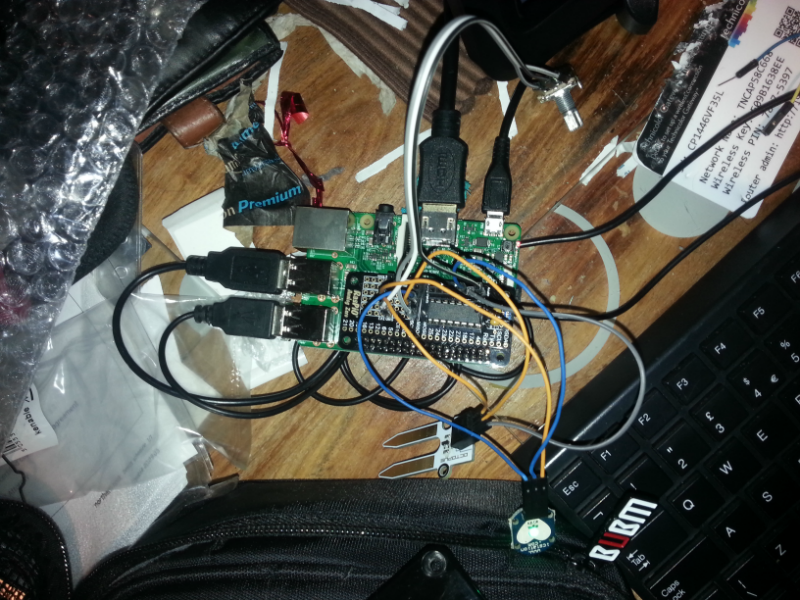