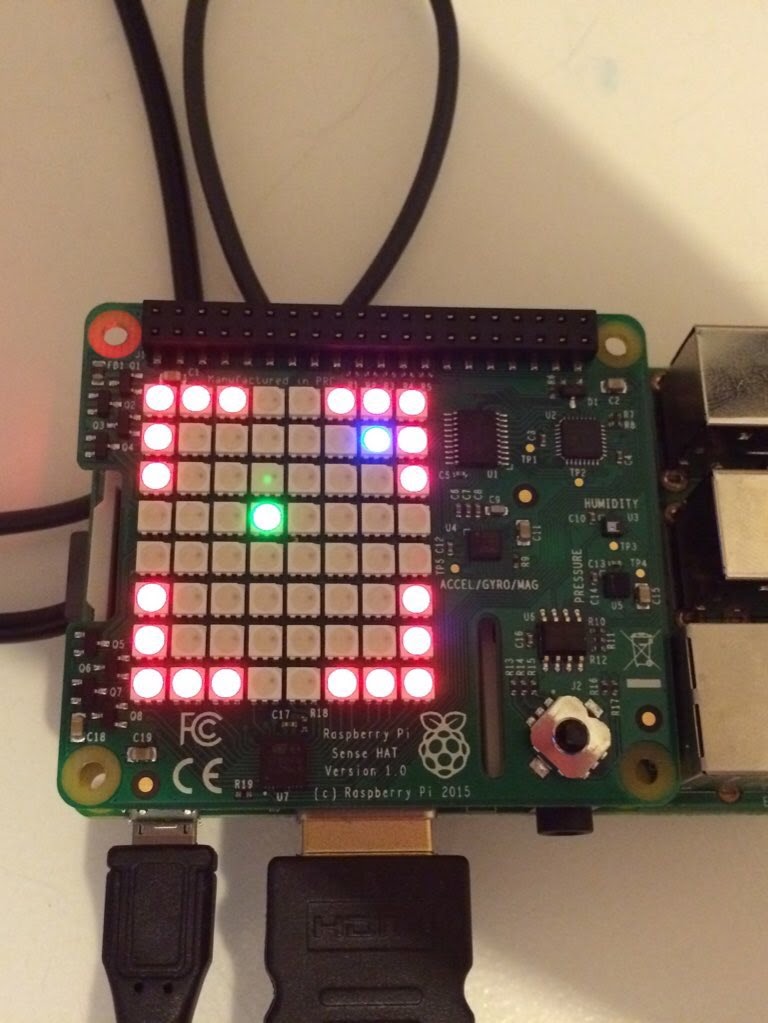 Albert Hickey (@winkleink) got a Sense HAT for Christmas and wanted to create a game using it. What he came up with is Sense Cave. Sense Cave is a maze with 64 rooms (8×8) containing emeralds. Some of the exits/entrances to rooms are blocked off, some aren’t. It’s up to you to navigate through the maze and collect all the emeralds before finding the white dot that indicates the level exit. To control the player pixel, you tilt the Sense HAT and the built-in gyroscope kicks in, feeding data into the Pi to affect the player’s movement. It’s a great concept and Albert has got some great ideas for how he’s going to extend the game. You can read more about how he did it over on his blog. The code itself is available over on Github.

Albert was kind enough to let me have early-access to the code as I wanted a good Sense HAT demo to take to the Bett exhibition next weekend. It works really well and I have it running automatically on boot so all I need to do is plug in a battery and away we go!